Spotlight On The Christchurch Cathedral

“Christchurch’s city square stands at the heart of the rebuilding efforts, with the remains of Christ Church Cathedral emblematic of what has been lost… The much-loved Gothic cathedral has been at the centre of a battle between those who seek to preserve what remains of Christchurch’s heritage, the fiscal pragmatists, and those ideologically inclined to things new.” – Source – Lonely Planet

On February 22nd, 2011, a magnitude 6.3 earthquake caused severe damage in Christchurch, killing 185 people and injuring many more. As a result, the Christchurch Cathedral was badly damaged, and has been closed due to safety concerns ever since.

There has been much debate over whether to restore the cathedral, or demolish and rebuild it. In the interim, a Cardboard Cathedral has been erected to serve as a place of worship until the original cathedral building gets fixed or replaced.

Click here to find out more about upcoming events at the cathedral.

History of the Christchurch Cathedral

“The origins of the cathedral date back to the plans of the Canterbury Association, which aimed to build a city around a central cathedral and college in the Canterbury region, based on the English model of Christ Church Cathedral, Oxford.” – Source

In 1858, renowned English architect Sir George Gilbert Scott was commissioned to design the cathedral. Scott initially planned for the cathedral to be constructed from timber. However, as a result of local pressure to build the cathedral from stone, and a lack of timber in Canterbury, it ended up being built from a combination of wood and stone.

The cornerstone was laid in 1864. However, due to a lack of money in the early days of Christchurch, construction was paused. In 1873, a local architect, Benjamin Mountfort took over construction and adapted the original designs to add balconies, a west porch and a number of other decorative details. Benjamin continued building the cathedral until he passed away in 1898 – at which point, his son, Cyril Mountfort stepped in as the supervising architect and saw its completion in 1904.

Upon completion, Christchurch Cathedral was a marvel to behold. The spire reached 63m above Cathedral Square, and provided great views across the flat city of Christchurch.

The Impact of the Christchurch Earthquakes

The Canterbury region has a checkered history with earthquakes.

In 1881, 1888 and 1901, earthquakes damaged the cathedrals’ spire. In 1922, one of the stone crosses fell during the 25th December Motunau earthquake. During September 2010, an earthquake caused superficial damage. After a few weeks of inspection, it was reopened to the public. The cathedral was damaged again during the 26th december aftershock.

On the 22nd February 2011, a 6.3 magnitude earthquake struck Christchurch. This completely destroyed the spire, damaged the entire upper half of the tower and resulted in structural damage to the pillars supporting the building.

Further earthquakes during June and December 2011 led authorities to close the cathedral over safety concerns, and consider demolition. 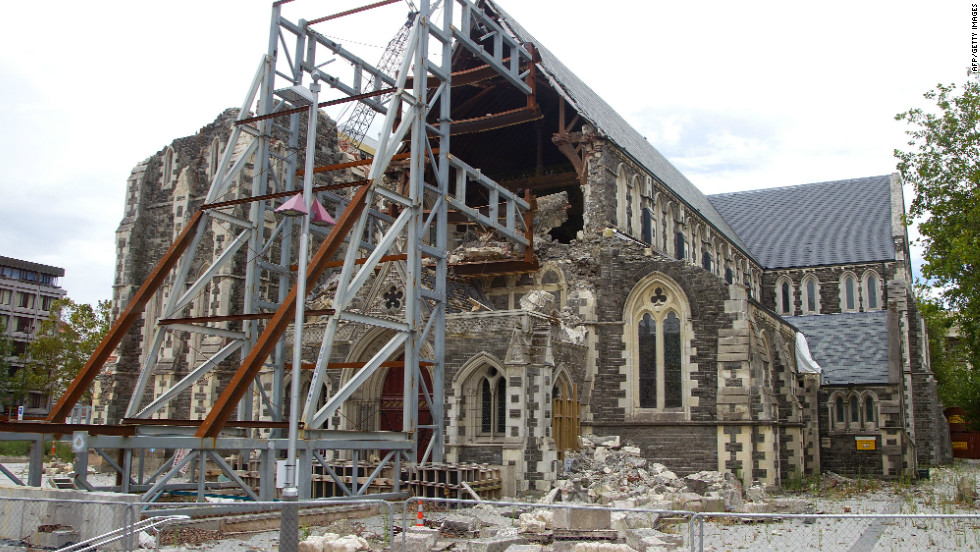 This Google Maps link shows what the cathedral looked like before and after the earthquakes.

So what’s happening with the Cathedral?

It was recently announced that a partnership has been formed to rebuild the cathedral. Although the cost and timeframes are not yet clear, it is estimated that this project will take roughly 7-10 years to complete.

Post-quake Christchurch is an ever changing landscape. It is a vibrant blend of classic architecture and modern designs. Whilst it is yet unclear what this vivacious city will look like in the decades to come, one thing is guaranteed: more change is on the horizon.

If you’re planning to stay in Christchurch, it’s definitely worth checking out the original cathedral, around which Christchurch was built around. Hotel115 is located less than 200m from the cathedral, which makes it a perfect spot to enjoy the sites within our beautiful city center.

Next Blog : 6 romantic things to do in Christchurch